The Waverly Biochar project involves the construction of a biochar production facility located onsite of a wood pellet manufacturer in Waverly, Virginia, United States and is being developed by Restoration Bioproducts LLC. Biochar, short for biological charcoal, is produced by heating biomass (organic feedstocks such as wood, peanut shells, manure and crop waste) in the near or total absence of oxygen, resulting in a very stable form of carbon that prevents the release of greenhouse gases into the atmosphere for centuries, making it valuable for sequestration purposes. This process is known as pyrolysis and an illustration can be found here.

The Waverly Biochar project is expected to reduce biomass waste and prevent the associated release of carbon dioxide and methane emissions into the atmosphere equivalent to an estimated 161,000 tCO2e over the 25-year project life, or 6,500 tCO2e per year, and generate an equivalent number of CO2 Removal Certificates (“CORCs”), which are the carbon credits issued by the standard body Puro.earth, a leading standard for biochar projects.

Biochar supports responsible consumption and production by reducing organics in landfills. Other applications facilitate the development of carbon-negative products, building materials and composites, such as biochar-based green roofs. The project will also generate clean energy that will be used at a nearby manufacturing plant.

The project is expected to be a significant employer in the local community of Waverly, Virginia and has garnered substantial local government support for bringing new industry to the region. Restoration Bioproducts is committed to providing training and above average wages to full-time site operators and technicians. It is anticipated that the majority of biochar generated by the project will be used in agricultural applications that deliver soil enhancements that support long-term food security through increased water and nutrient retention and ammonia reduction. Together these improve crop yields and revenues, helping to alleviate poverty and hunger.

Carbon Streaming will receive carbon credits generated by the Waverly Biochar project, which is expected to generate ~6,500 carbon credits per year over the 25-year project life. A portion of the revenue from the sale of the carbon credits will flow back to Restoration Bioproducts (the project partner) and the project. 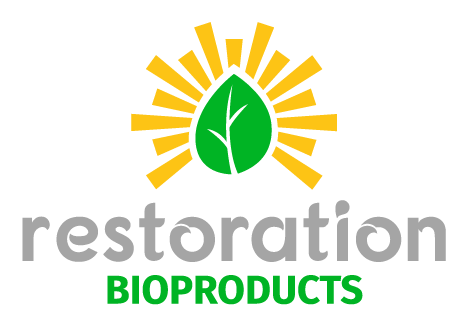 Restoration Bioproducts LLC, based in the Commonwealth of Virginia, develops pyrolysis-based projects to refine biomass into higher value products. Those products include biochar, bio-oil, wood vinegar, heat and/or power. Carbon credits are also part of the equation. Each project is a stand-alone entity with its own unique feedstock and product mix. The scale of the projects fits well within small rural communities where jobs and economic development are needed. The products help address climate change, reduce the use of toxic substances in the environment, increase farm profitability and improve water quality.

We are very pleased and excited to enter this new relationship with Carbon Streaming. We believe biochar and renewable energy are important strategies for addressing climate change, and carbon finance through Carbon Streaming will help enable company expansion. The international reach that Carbon Streaming provides will enable us to grow well into the future.